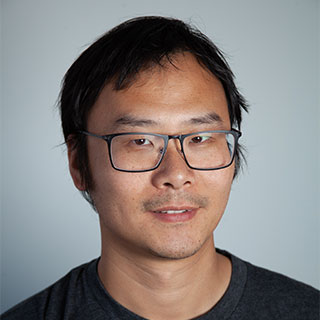 Xiaolei Zhu has been writing computer programs to tackle some of the world's most data-intensive problems for 15 years. At Candidate Labs, he is responsible for data pipelines, transforming raw data into valuable information and serving it to recruiters.

Xiaolei received his Ph.D. in Computational Chemistry from Johns Hopkins University, where he developed methods to create models that accurately predict the quantum mechanical behavior of molecular systems, which are used to research energetic materials, explosives, and the interaction of materials with lasers.
‍
He later moved to Stanford and SLAC National Accelerator Laboratory, where he developed programs to utilize one of the world's largest GPU supercomputers to perform large-scale computations. He was responsible for computations in a number of breakthrough scientific projects, such as capturing a molecule switching quantum state in a chemical reaction on tape for the first time and engineering carbon negative plastics. Many of these were published in the world's most prestigious scientific journals.
‍
Most recently, Xiaolei joined Candidate Labs as a Data Engineer, where he created and managed a network of data pipelines that bridges the front and backend engineering efforts to deliver our unique data product to the recruiting team. He is also responsible for productionalizing machine learning models.
‍
In his spare time, he enjoys playing a variety of sports with friends and family, exploring the wilderness and traveling the world, preferably with some good chocolate in his pockets.